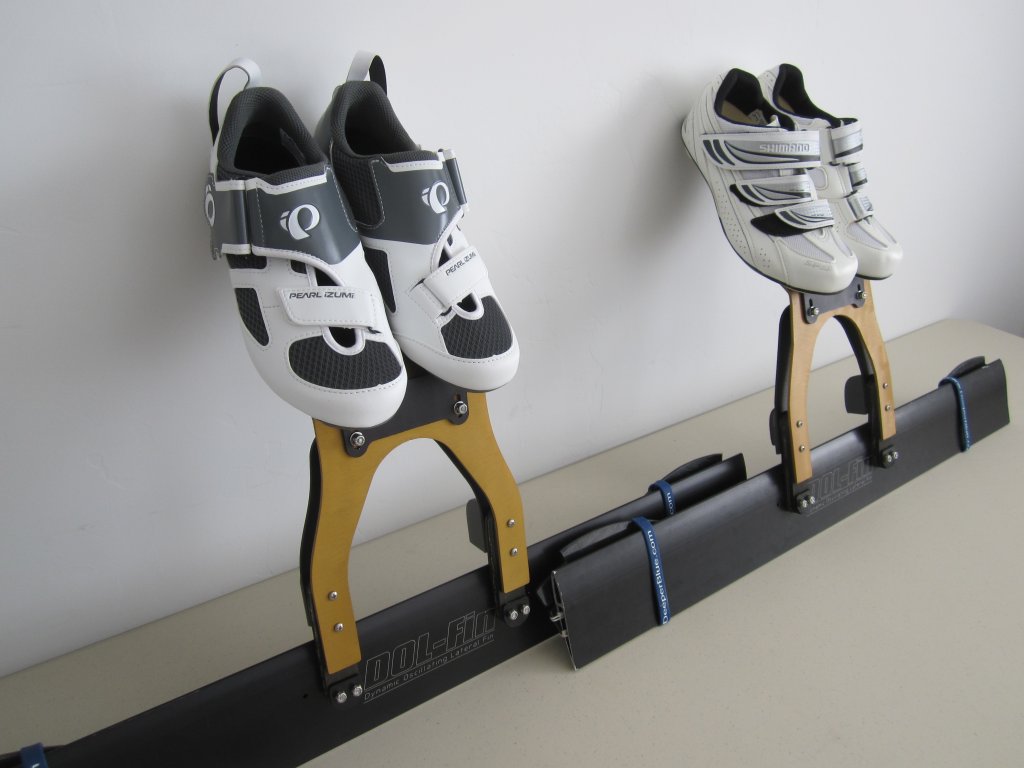 This is the final installment of the three part review of the Dol-Fin Monofins.  In part 1 I provided my perspective on the Orca Mk-1.5 and Mk-2.  In the second part of the review Eric Fattah provided his perspective on the Orcas. In this final part experienced Spearo and Freediver Connor Davis takes the X-22 (now the “Pilot”) out for a spin – I also round out the review with my conclusions. 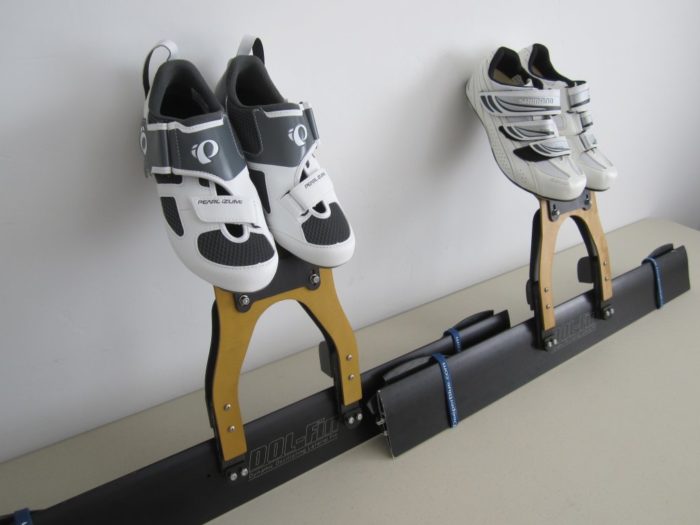 I am an old spearo, 45 years experience, who has gotten to the place where I’m happy to shoot dinner, but not much interested in shooting more. I’d rather play with’em. My fin use is warm (minimal wetsuit) clear water, 15-110ft, pretty much exclusively half lung. When spearing, I shoot free shaft, using a Hawaiian sling. I had been looking for a mono that would be better than bi-fins, tried a bunch of different models, but not found anything until the Dol-fin came along.

I own an X-18, prototype to the X-20, not quite as efficient, but slightly better torque. It is roughly equivalent to the current Pilot model. It has been my primary fin for going on 4 years.

Nothing about the review below has anything to do with dynamic, pool work in general, absolute efficiency relative to a hyperfin, competition, etc. It is strictly focused on how the fin works for a reef crawling spearo style, open water diver.

To talk intelligently about why I like the Dol-fin, I have to describe what were, to me, deficiencies in traditional monofins. They are really good at fast efficient transport in a straight line if your technique is good and within a fairly narrow speed band, the “sweet spot”. Get out of that band or try to use less than excellent technique and they did not work well for me. Since I use a lot of different speeds and types of strokes, this is a major issue. Until I can get some speed up, traditional monofins make me feel like I am a bug pinned to the table. Fundamentally unpleasant for a guy who wants to feel at one with the water. Some monofins seemed OK in the pool, but when I got them into open water, performance fell apart. None of them had the maneuverability needed to spearfish.

When I tried the Dol-fin, it was instantly obvious that the fin was far more maneuverable that other monofins. The bug on the table feeling was gone. Further use taught me how to make the fine adjustments in trim and steering that I could not do with a traditional monofin and which are required for spearfishing. The Dol-fin still isn’t as maneuverable as bi-fins, but close enough so that the other advantages make it my fin of choice, and I’m still getting better.

The Dol-fin has a much broader “sweet spot”, allowing efficient transport at a wide variety of speeds, and is not nearly so technique dependent. Most any motion that moves the foil will get you pretty good transport. Use good undulation technique and it flies, just use your ankles and it moves along just fine. Try this will a traditional monofin and you won’t go anywhere to speak of. Add just a bit of pelvis movement and you are traveling over 1 m/s with very little effort.

The overall efficiency of the Dol-fin relative to bi-fins really shows up for me at the end of the day. A long day of diving with bi-fins and I am tired, very tired. With the Dol-fin I’m not. The difference is large.

Acceleration is another area where the Dol-fin stands out. Shooting freeshaft puts a high premium on jumping quickly across a small space to secure the fish. Soft bi-fins are horrible at this and I did not have much luck with traditional monofins. My standard has always been the Cressi 2000hf, a very hard plastic bi-fin. The Dol-fin acceleration from a standing start is about 75 percent better than the Cressi’s. I compared the two carefully in the pool and was astonished. The Dol-fin blows the doors off what I thought of as a very good acceleration fin.

The Dol-fin “flies” extremely well, a very fun activity. Get it down deep enough to be fairly negative (40-50 ft) level out and you can use you negative buoyancy to fly for astounding distances and no effort . This is a technique I use with bi-fins, but the Dol-fin is much much better at it.

The Dol-fin offers something that is new in the freediving world, the relatively easy ability to modify the fin for the individual divers needs. I’ve needed to change the trim(buoyancy) of the fin. It took some experimenting to get the flotation where I wanted it, but it was easy to do.

The toughness and durability of the fin is outstanding. Gear life on my boat is brutish and short. I was worried about that long expanse of foil, somebody or something was going to fall on it. Not a problem. So far the fin itself is bullet proof. I’ve recently worn on out the first pair of shoes and the fin tips are just starting to fracture, both already replaced, an easy job. I’d describe the durability as equal to the best plastic bi-fins, far beyond fiberglass or carbon bi-fins or any other monofin.

The Dol-fin does require some getting used to, learning how to use its advantages and get around its deficiencies, especially for a new monofin-er. Eric Fattah once said it took him 1,000 dives to really mesh with his fin. The fin is usable immediately, but Eric’s comment seems pretty accurate for me. Considering this is the first monofin I’ve ever owned, I did not think that was unreasonable. I guess I’ve got about 250-300 days on the fin so far and I feel quite comfortable with it in nearly all situations. I’m not quite there yet in always being able to turn smoothly with the fish I’m aiming at, but that will come with time.

Overall a substantial improvement over bi-fins and far better than any other mono I tried. 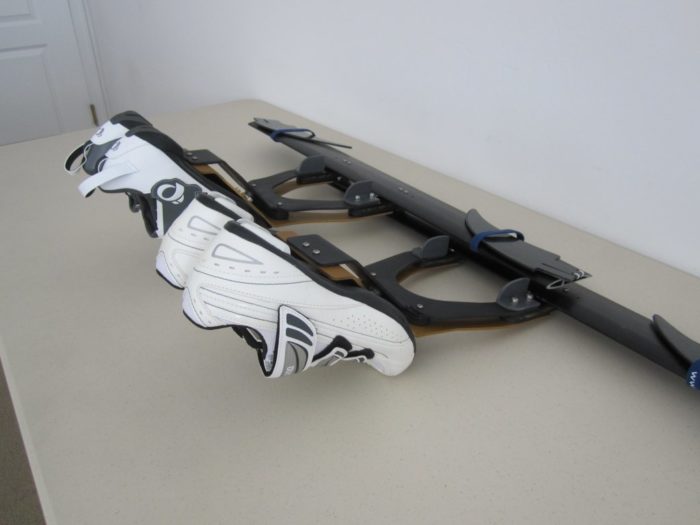 Durability: The Dol-fin series of fins are the most durable on the market. They are nearly indestructible. What little there is to wear out on them takes a really long time to do so, and is very cheap and easy to fix.

Comfort: These fins are adaptable to your foot size. The Orca foot-strap setup is easy to use, sturdy and comfortable. The Pilot uses cycling shoes.

Performance: The Orca Mk-2 is at least a match for the best hyperfins. The Pilot, based on my brief time with the X-20, will be an excellent recreational fin with definite competitive potential – particularly for depth. I think it’s performance matches or exceeds that of the best recreational fins, and it is very easy to use.

Transportability: They fit in a suitcase. What else needs to be said?

Customer Support: Excellent across the board: Deliveries are on time; communication is helpful and prompt. (This from talking with Customers – not beta-testers such as myself.)

Customization: There are several options that enable tuning these fins to your specific diving style and body. Unlike legacy monofins, you are not stuck with what you get.   You can change out the blade, adjust the angle and travel, and tweak the fit until everything is the way you want it. (Have I mentioned they don’t break?)

Proven Design: The Dol-fin, in one form or another, has been around for a good long time. It has been subject to a very quiet and thorough beta-testing regime and was not marketed until the maker was satisfied that it met the above criteria. It performs, as advertised, right out of the box.

If you are an experienced monofinner – Read my part of the review! Your training is a huge asset, but you also need to cultivate ‘beginner’s mind’ and be willing to alter your technique. Swim soft and learn to feel the fin – it’s different.

If you are new to monofins – Swimming dolphin-style feels great – but doing it so that it is actually more efficient than other ways of swimming takes awhile!  Be aware there is a LEARNING CURVE. Don’t blame the fin!  (You’ll be able to get in and go pretty much right away, but you will probably suck for quite awhile, though at first you won’t know it. As you improve you will become more aware of how badly you suck – even as you do, in fact, suck less. It took me about a year of pretty steady use with my first monofin to get to the point where I was really even teachable.)

Based on our cumulatively impressive experience: These Fins Rock.

Seriously: We’ve tested the living crap out of these things.

Which one? – The Pilot! Get the Pilot! Everybody should have one! It’s one of the most beautifully simple and elegant designs I’ve seen and, by all the measures available to me, has got to be a great recreational fin for freediving OR Scuba.

Seriously – if you are a beginner, or a recreational freediver or spearo – the Pilot is your fin. In addition to being an elegant design, it is competitively priced and has features that make it easier to control than the Orca. This will help with maneuverability in recreational diving as well as reducing the learning curve. My brief experience with the X-20 left me with a VERY positive impression of this extremely practical fin.

If high-end/competition-level performance is your thing – Get the Orca! This is a seriously tuned design that will reward dedicated practice with stunning performance.

What’s more, unlike many other fins on the market, it will last long enough for you to get good with it!

Which Blade? Everybody wants The Big Blade or, with conventional monos, The Hard Blade. Don’t do it! Talk with Ron Smith. Consider your body-size and use of the fin. Up front I’ll tell you, unless you are competing in depth, or routinely dive to depths well-past 30 meters, there is NO reason to get the large blade.