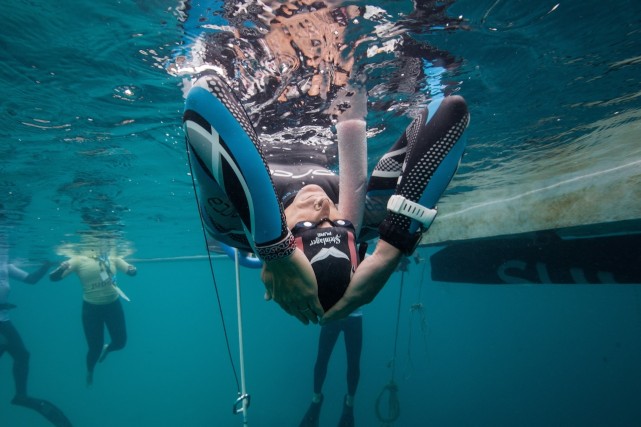 Spoiler alert! No we don’t know who is going to get killed off next on Game of Thrones, but we can safely say who we believe will take gold overall at Suunto Vertical Blue 2015. Leading the men handily is the event organizer William Trubridge, who essentially secured the top prize with a flawless constant weight dive to 116m in three minutes and :17 seconds. Although yesterday’s dive was deeper than his FIM performance of 115 meters on Day 3 of the comp, it felt much better and more relaxed for Trubridge.

“115m was okay, but I had some difficulty at the bottom plate attaching my tag to the velcro on my leg, and I ended up stuffing it in the neck of my wetsuit instead that day, ” William explained. “I must have been pretty narced, which actually increased on the way up — meaning that I didn’t find the complete relaxation that I was looking for. It was still a clean dive, and fairly quick for that FIM depth, but I’m happy to have can regained the more positive sensations I’m accustomed to experiencing on these dives.”

As for the ladies, the Las Vegas Strip tells us all odds are in favor of Sayuri Kinoshita taking home the overall gold. With her impressive CNF & FIM national records and a solid 80m CWT under her belt, it looks like it’s in the cards for Sayrui “the sleeper” Kinoshita. What is proving to be more unpredictable are the races for 2nd and 3rd place. On the men’s side newcomer Dean Chaouche of Britain is putting up pretty significant numbers with a 68m no fins dive, a 91m CWT, and an 80m FIM and Ryuzo Shinomiya of Japan is currently in second on the leader board but Alejandro Lemus of Mexico has not yet posted a constant weight dive and he is in the 100 meter club so chances are he will put up a number deeper than 95 meters. Not to be counted out is Johnny “Deep” Sunnex of New Zealand who is also in the 100 meter club and will likely be improving on one or more of his disciplines.

As for the rest of the ladies, Sofia Gomez Uribe has already racked up a whole new suite of national records for Colombia, and Karla Mendez of Venezuela is gunning for the same for Venezuela, with multiple records under her belt from this event. Last but definitely not least is Tomoka Fukuda of Japan who has yet to post a CNF dive and may strive to go even deeper in her favorite discipline (constant weight) as well. Stay tuned as Act 3 of #VB2015 starts tomorrow and it seems the race for overall silver and bronze this year will be down to the wire. 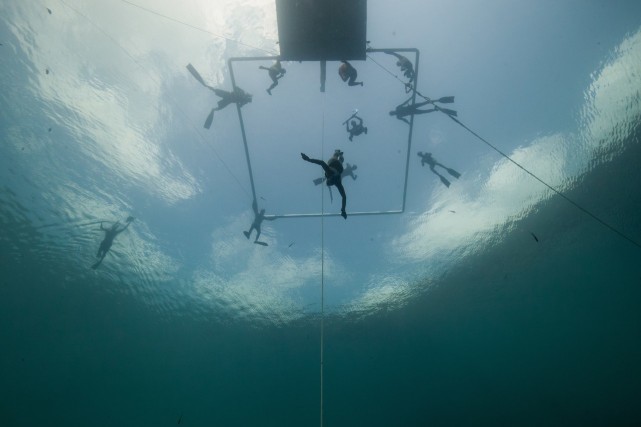