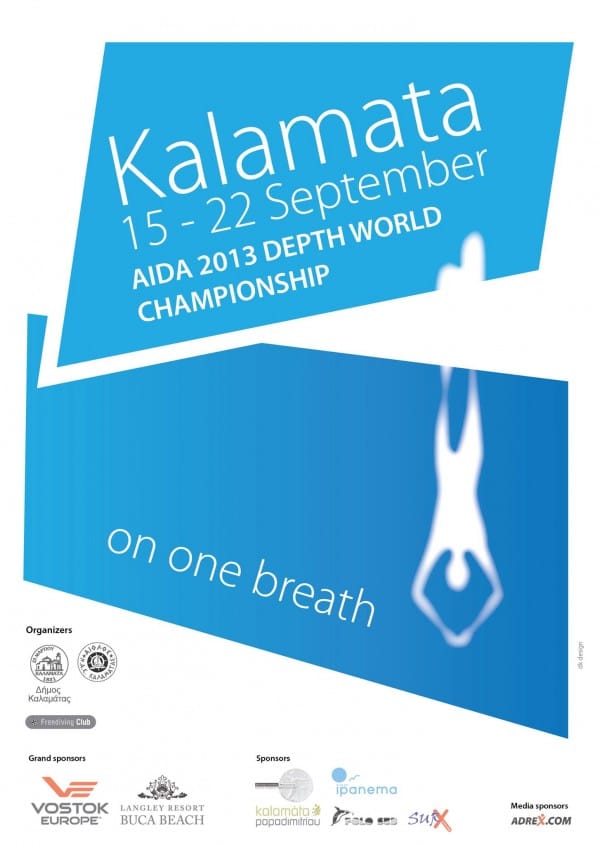 Let the games begin! Athletes from around the world have descended upon Kalamata, Greece to train for the AIDA 2013 Individual World Championships. Event organizer Stavros Kastrinakis has a strong reputation (among the international freediving set) for putting together well-run competitions, and with 35 countries in attendance (bringing the most competitors ever to an individual depth championship) having good organization will be key.

The opening ceremonies will be held on Saturday, September 14th, with the first official day of competition diving starting on Monday, September 16th in the discipline of Constant no-fins (CNF). Big performances are anticipated with many of the current giants of depth in attendance at Kalamata including William Trubridge of New Zealand, Alexey Molchanov and his mother Natalia Molchanova of Russia, Morgan Bourc’his of France, Anna Von Boetticher of Germany, and Tomoka Fukuda of Japan as well as many others.

Training photo galleries are already up on Facebook and freediving photographer extraordinaire Daan Verhoeven will also be documenting the competition. DeeperBlue tweeps can follow the virtual action on twitter using hashtags: #Wch2013 and #KalamataWC2013 and stay tuned to the AIDA pages and DeeperBlue for more updates.