Alexey Molchanov Triumphantly Ascends with a World Record in Kalamata 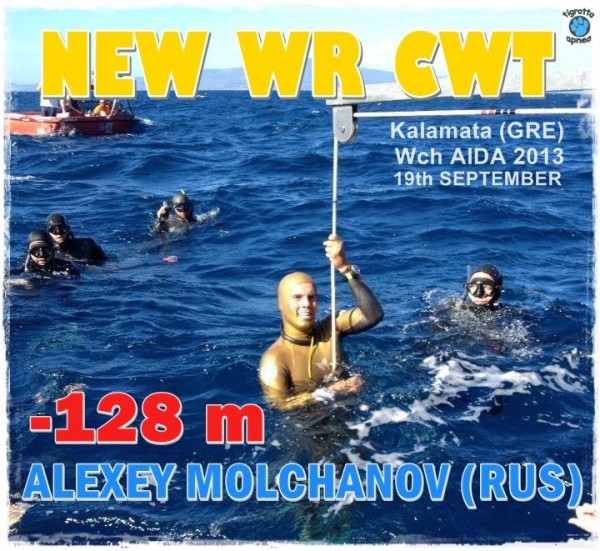 “Today was pandemonium on the Mediterranean sea, with over half of divers turning early or being disqualified for various reasons. Choppy waves, a surface temperature drop of 2ºC from last week and very wet ‘dry areas’ were probably the main culprits.” regaled William Trubridge from his facebook page, “I’ve finished with silver, behind the golden retriever Alexey Molchanov, who somehow managed to bounce back from a recent blackout to complete an amazing 128m dive.”

Alexey’s new world record is an improvement upon his own previous record of 126m set last year at Vertical Blue. The other medal winners in today’s extra challenging Constant Weight heat included:

And despite Neptune stirring things up many national records were set as well including:

The competition continues with Free Immersion on Saturday. Stay tuned for more results.